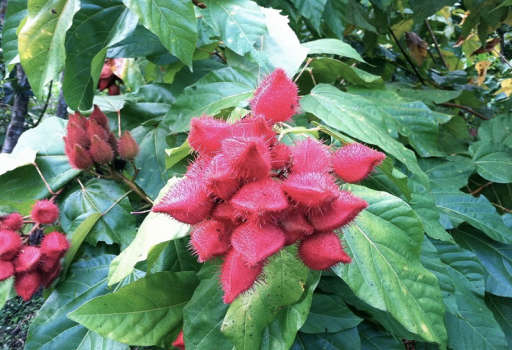 Annatto is derived from the achiote tree and is similar to spices like paprika or saffron. It’s commonly used as a food flavoring or natural food dye. Annatto ranges in color from yellow to dark red or orange.1

Know by other names like achiote, or urucum, annatto is native to the tropical regions of South America and the Caribbean. However, annatto is cultivated all over the world today, including in Africa and Asia. Traditionally, annatto has been used as a natural insect repellent or sunscreen, but it has other health benefits as well.1

Annatto is high in antioxidants, which are substances that help combat free radicals—molecules that can lead to chronic disease in the body. One type of antioxidant found in annatto is carotenoids, which are plant pigments that give annatto its rich color. Carotenoids, including bixin found in annatto, have known health benefits for eyesight, liver health and wound healing.1

In addition to helping reduce the risk of disease, other annatto health benefits include antibacterial properties that kill of bacterial infections. Annatto has been studied for its use in preventing osteoporosis due to its content of tocotrienol—a type of vitamin E associated with maintaining strong, healthy bones.1

Annatto also has cardiovascular health benefits. Annatto has been found to help lower blood pressure, triglyceride and cholesterol levels—three factors that contribute to metabolic syndrome. Annatto seeds are a natural expectorant, meaning they can help clear away mucus and alleviate congestion.1,2