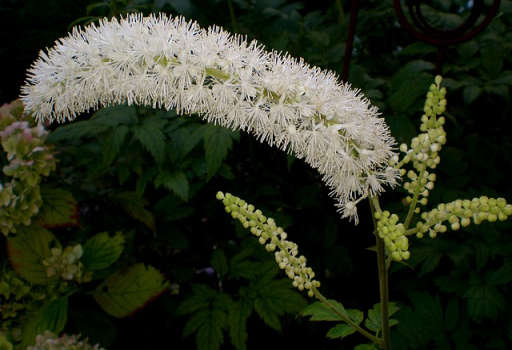 What is Black Cohosh?

Black Cohosh is a tall, flowering plant that is native to central North America. It’s found in the wild in rich, shady woods and has been long used by indigenous people for its medicinal qualities. Black cohosh is also known as black snakeroot, bugbane, and squawroot. The rhizomes and roots (both underground parts of the plant) provide the black cohosh health benefits.

Black cohosh health benefits include being an effective treatment for symptoms associated with menopause including anxiety, hot flashes, irritability, mood swings and sleep disturbances. This includes being a proven reliever of premenstrual syndrome (PMS) and menstrual pain.

Black cohosh is available in capsules, extracts, tablets and liquid tincture for the treatment of:

Black Cohosh Side Effects and Precautions

Black cohosh must not be confused with blue cohosh which is a nicotine-like herb. Blue cohosh has similar properties but has not been clinically tested to show any beneficial effects.

Black cohosh is not recommended for children and has some known side effects such as abdominal pain, dizziness, shortness of breath, vomiting, and weight gain. There are also potential liver issues with black cohosh and people with liver disorders should avoid black cohosh. Additionally, black cohosh should not be taken with alcohol. 1,2,3,4