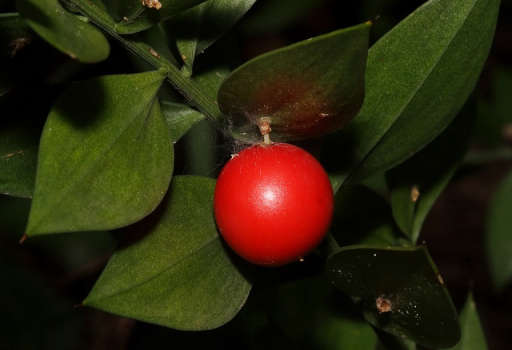 What is Butcher's Broom?

Butcher’s broom is a small evergreen plant that grows in areas of northwestern Europe and the Mediterranean region. It’s similar to asparagus. Butcher’s broom can be harvested to be used as an herbal remedy by using the roots and young stems in various herbal medicines. It’s often paired with rosemary as an herbal remedy since they are both believed to help stimulate the circulatory system.1, 2

Among butcher’s broom uses, it has been used as a laxative and diuretic as far back as the first century. In the 17th century, it was used as a remedy for bone fractures to help them heal when taken orally.2

Butcher’s broom benefits the body’s vascular system by tightening and strengthening veins through its vasoconstrictor and anti-inflammatory properties.3 That makes it an effective treatment for hemorrhoids because it keeps your veins from expanding during a bowel movement. Butcher’s broom has also been proven to be an effective treatment for chronic venous insufficiency.1

Though a butcher’s broom diet isn’t as common as it was in folk medicine, the herb is still used for conditions like:

Butcher's Broom Side Effects and Precautions