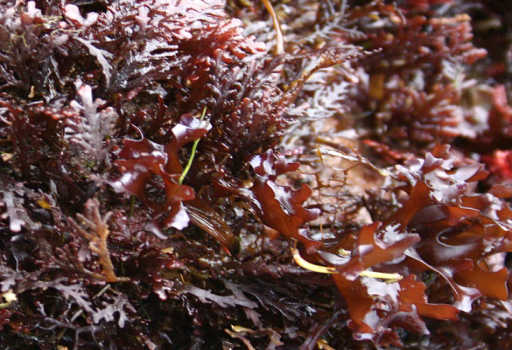 What is Carrageen Moss?

Carrageen moss, also known as Irish moss, is a species of red algae. Native to the Atlantic coastlines of North America, Europe the British Isles, carrageen moss grows abundantly and is harvested for its use in pharmaceuticals, foods and other consumer products.

Carrageen moss is a seaweed with fanned fronds. It ranges in color from dark purple or red to yellow when it’s sun-dried. Carrageen moss gets its name from its main substance called carrageenan, which is a type of gelatin that gets extracted from the seaweed when boiled.1

One of the most well-known carrageen moss health benefits is its ability to soothe and repair membranes in the chest and digestive tract. This makes carrageen moss useful for treating pneumonia, bronchitis and chest colds, as well as digestive disorders like gastritis and ulcers.2

With natural antibacterial and antiviral properties, carrageen moss has been studied for its use in treating viral and bacterial infections, including STDs and HIV/AIDS. Using carrageen moss as a skin care product can also naturally help heal eczema, dermatitis, psoriasis and other skin ailments like burns and scars.2