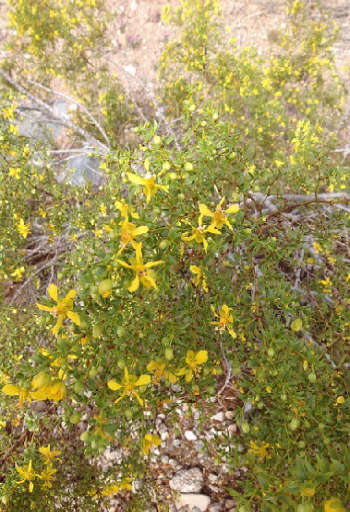 Chaparral is an herb that grows from the creosote bush. Chaparral (Larrea tridentata) grows in large quantities throughout southwestern deserts in the United States and along the borders of Mexico. It has been used in Native American culture as a medicinal remedy for centuries. Early Spanish settlers called the creosote bush by different names, including Goma de Sonora, and Gobernadora.1,2

Chaparral grows on a tall, thorny bush that can reach up to 6 feet in height. It grows small, olive-green leaves that emit a resin used to defend against predators. Chaparral produces yellow flowers and eventually produces small white cotton ball-like fruits.2

Chaparral health benefits have long since been known by the Native Americans who used it for pain relief, digestive problems and inflammation. There is documentation that Native Americans also used chaparral as a way to induce abortions and late mensturation.1,2

Chaparral uses include being a natural remedy for the following conditions:

Chaparral Side Effects and Precautions