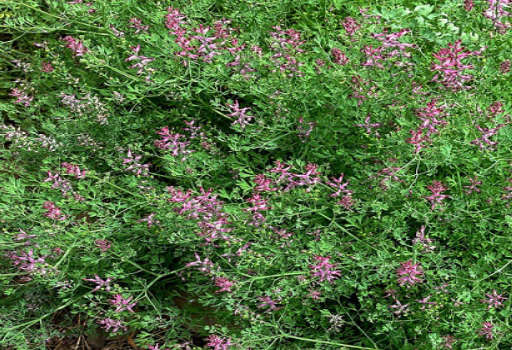 Fumitory is a genus of used in natural medicine. Known by its botanical name of Fumaria officinalis, fumitory is also called Earth Smoke, and beggary. There are roughly 60 species of fumitory plant. Fumitory is native to Europe, including England where it is considered a weed. Fumitory also grows throughout parts of Asia, South Africa, Australia and North America.1,2

Fumitory is a climbing plant that grows up to 3 feet tall. It produces lacey leaves with pink and white tubular flowers that grow in a spike shape. The fumitory plant has a whitish and dark blue-green color that gives the resemblance of smoke rising from the ground. This is how it got its name related to smoke.1,2

Traditionally, fumitory leaves were dried and burned because it was believed the smoke could be used to expel evil spirits. Today, the leaves, and stems are all used to make fumitory natural remedies to help heal a variety of conditions.1

The dried fumitory herb is often made into a tonic used for expelling toxins from the body and boosting vitality. Fumitory health benefits include being a tonic for cleansing the liver, intestines and blood.1

Another common fumitory use is for its diuretic benefits. Fumitory also has anti-spasmodic benefits, meaning it can help to treat stomach and muscle spasms. Fumitory benefits are also important for digestive health, bile production and treating skin conditions.1,3

Fumitory uses include being a natural remedy for treating the following conditions:

Fumitory Side Effects and Precautions

Fumitory side effects can include convulsions and when taken in large quantities by mouth. It isn’t known if fumitory is safe for pregnant or breastfeeding women. Consult a qualified herbalist before taking fumitory for any condition.4