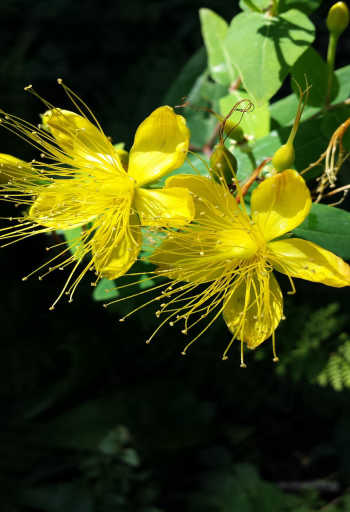 What is Saint John's Wort?

St. John’s Wort, also known as hypericum perforatum, is a flowering plant of the genus Hypericum. It’s been used as a medicinal herb for antidepressant and anti-inflammatory benefits for two millennia. Greek physicians first recognized St. John’s Wort uses for medicinal value. The ancients used it for treating nervous disorders, suspecting the plant had mystical and protective qualities. St. John’s Wort is native to Europe, parts of Asia and Africa, and the Western United States. St. John’s Wort was given its name because it blooms around June 24, the birthday of John the Baptist, and the word “wort” is an old English word for plant.

Extensive research supports that St. John’s Wort is safe when taken orally for up to three months. Some evidence suggests it’s safe to use for over a year. St. John’s Wort side effects can be trouble sleeping, vivid dreams, restlessness, anxiety, irritability, stomach upset, fatigue, dry mouth, dizziness, headaches, skin rash, diarrhea, and tingling. When taken in large doses, St. John’s Wort may cause severe reactions to sun exposure. Sunblock is recommended, especially if you are light-skinned. St. John’s Wort is not recommended for women who are pregnant or breast-feeding. It’s safe for children between the ages of 6 and 17, but not taken for more than eight weeks. 5