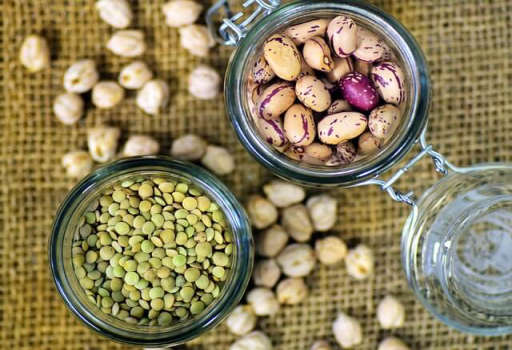 What is Vitamin B6?

Vitamin B6 is a member of the B-Complex vitamin group. It’s also known as pyridoxine. 2 This water-soluble vitamin is naturally found in the human body as well as in a large amount of Vitamin B6 foods particularly in grains, vegetables, meats, cheese, fish and eggs. 3

Pyridoxine, or Vitamin B6 health benefits include supporting adrenal function and maintaining the nervous system. It works to produce neurotransmitters which are the chemicals that let the brain and nerve cells communicate. Vitamin B6 also acts as a coenzyme that is vital in breaking down and utilizing carbohydrates, proteins and fats. 2 Red blood cell production and the immune system are also boosted by healthy amounts of Vitamin B6. Pyridoxine is also proven to work in detoxifying the liver and improving brain function. Three of the brain’s key neurotransmitters—serotonin, GABA and dopamine—all require Vitamin B6 for proper synthesis. 4 A Vitamin B6 deficiency can lead to all sorts of health problems. Usually, the body regulates itself through a proper diet but pyridoxine supplements can be helpful in treating these conditions.

Vitamin B6 Side Effects and Precautions

Vitamin B is generally a very safe and stable substance when taken in moderate doses. Over 200 milligrams per day can result in a drop of blood pressure and can affect blood sugar levels. Vitamin B6 side effects also include acting as a blood thinner and can increase the risk of bleeding. 3 Over time, high amounts of Vitamin B can be toxic and can cause nerve damage, sometimes irreversible. Sensitivity to sunlight can increase with elevated amounts of Vitamin B that can result in skin rashes. Other Vitamin B6 side effects include nausea, vomiting, loss of appetite, stomach discomfort and liver damage with elevated use. 2 Pregnant and breastfeeding women should be careful in Vitamin B consumption as should people with allergic reactions to pyridoxine. 1