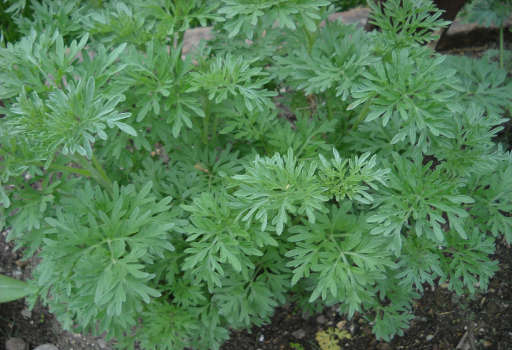 Wormwood is a type of shrub native to western Asia, Europe, and North Africa and cultivated in areas of North America. It grows to be about one to three feet tall and features grayish white stems and smooth leaves. The plant gives off a fragrant scent but is extremely bitter. The whole herb, including the stems and tops, are cultivated in July and August when the plant is flowering. The plant can then be dried and used in various applications for medicinal purposes. It’s commonly made into a tea or tincture and consumed orally. Wormwood is rarely used alone and is usually combined with other herbs like peppermint or caraway.1,2,3,4

Wormwood contains absinthin and , which are bitter agents known to stimulate digestive and gallbladder function to help treat gallbladder inflammation. It also works to stimulate digestion and reduce intestinal tract spasms to decrease symptoms of indigestion, low stomach acidity, and heartburn. It may even help in stimulating menstruation.1 Other wormwood uses include for:

Wormwood Side Effects and Precautions

Wormwood is considered safe and produces no significant side effects when taken in small doses for up to two to four weeks.8 However, when taken over long periods of time, large doses can result in wormwood side effects like:

Do not take wormwood if you have stomach ulcers, porphyria, or kidney disease. Wormwood side effects may include allergic reaction in individuals with a known allergy to ragweed.7 Individuals suffering from seizure disorders should not take wormwood as the herb can interact with certain anti-seizure medications.7, 9 Wormwood is not recommended for women who are pregnant or breastfeeding.8