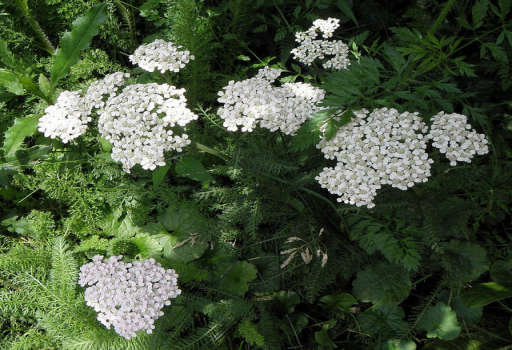 Yarrow is a perennial herb that grows in pastures, meadows, ditches, and more.1 In fact, it grows so commonly that it’s often considered a weed.2 You’ll find yarrow in areas of North America, Europe, and Asia.3 The flowers look a lot like lace, and the plant flowers from June to September.1,2 the aerial parts of the plant can be used for medicinal purposes.1 Yarrow uses include for both internal and external medicinal purposes.

Yarrow is considered to be an tonic, diaphoretic, and stimulant.2 It’s also an antiseptic and anti-inflammatory.1 As an anti-inflammatory, it can be used both on the skin to reduce swelling and taken orally to reduce inflammation in the digestive tract.4 That makes it an effective treatment for digestive problems like Crohn’s disease.3 It also helps indigestion, diarrhea, and ulcerative colitis.2,3 Other yarrow uses and benefits include for:

Yarrow Side Effects and Precautions