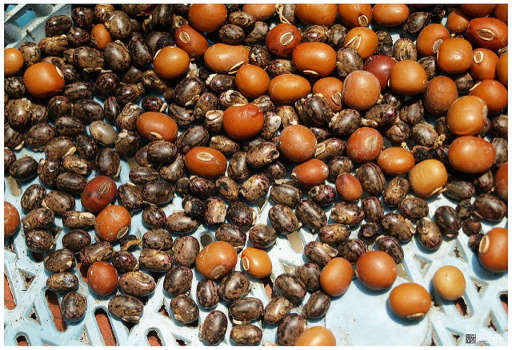 Mucuna is also called Mucuna —the climbing shrub as Dolichos . Mucuna , or velvet bean, is a tropical plant, growing primarily in Africa, India the West Indies.

Mucuna produces clustered, hanging flowers that range in color from white to dark purple. In addition to its flowers, the mucuna plant also produces pods of or mucuna beans. The seeds pods are covered in fine, red hairs which cause an itching reaction when touched.1

In Ayurvedic medicine, mucuna roots, leaves and beans are all used for natural remedies.

Dopamine is known as the pleasure hormone, as it is what causes of pleasure in the brain. Taking mucuna beans can increase levels of dopamine in the brain, leading to elevated mood, increased sexual desire and overall greater sense of vitality.

Mucuna also contains antioxidants, which help to combat free radicals that cause chronic disease. Mucuna has been used to treat Parkinson’s disease and may help to reduce the risk of other neurodegenerative diseases.2

Other mucuna health benefits include: